Home / About / About Durham

We are proud to be a law school that trains attorneys who become leaders and serve their various communities around the state, country, and world. Our commitment to service is evidenced by the many opportunities we provide our current students, and we know that visiting us is the best way to learn about the many experiences we provide students and determine whether our school is the right fit for you. 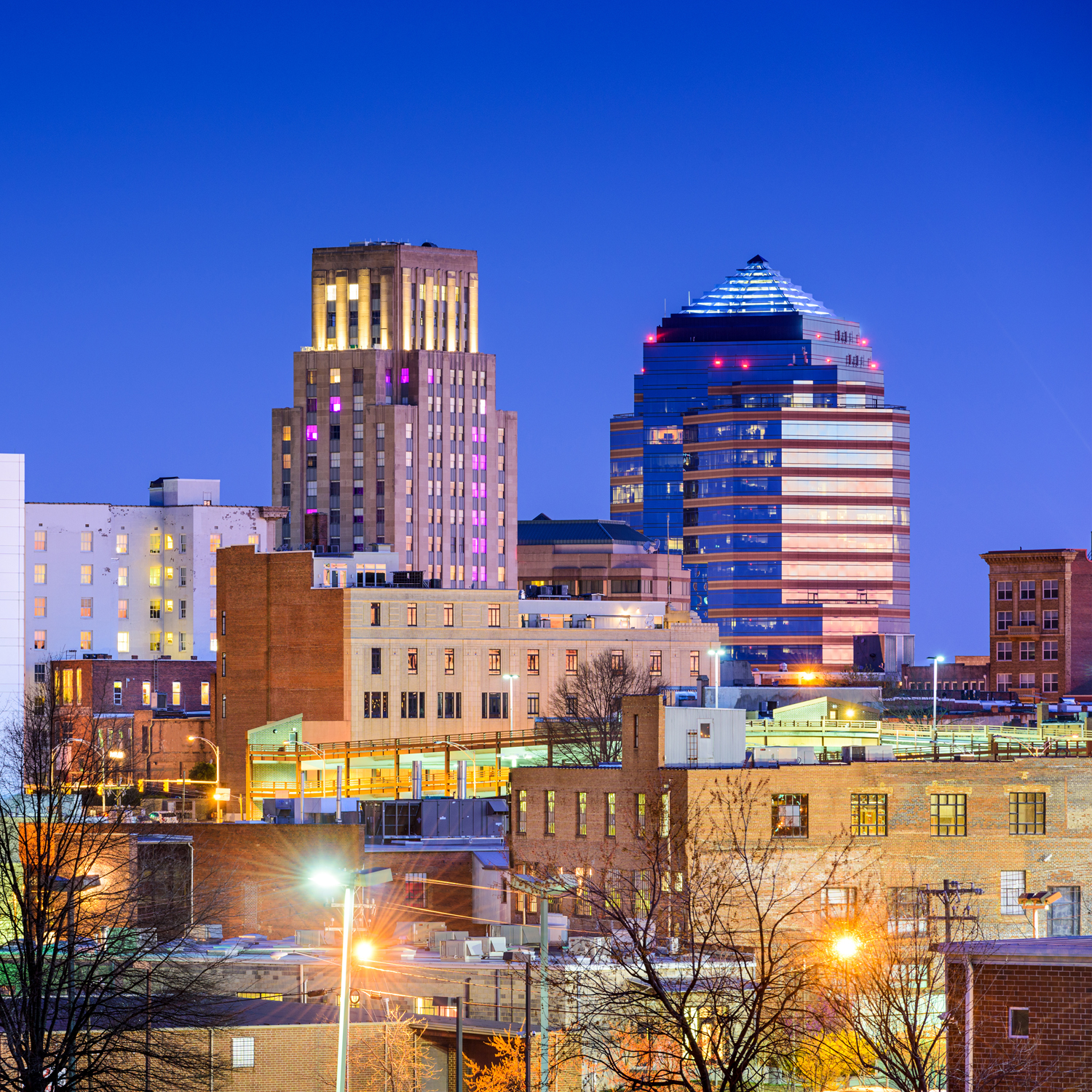 About NCCU School of Law

The area which would become Durham was originally settled by the Siouan Eno and the Occaneechi tribes in a village called Adshusheer along the banks of the Eno River.  After the Tuscarora War in the early 18th century, the majority of the tribe members joined with the Catawa tribe in South Carolina or sought protection with the Iroquois in New York. Those who remained settled in Pleasant Grove Township and were officially recognized by the state of North Carolina in 1991.  The Occaneechi Path, a corridor of roads and trails extending from the Chesapeake Bay through the Carolinas and Georgia, has been traced through Durham and was so well laid out that railroads roughly followed it, and eventually, Interstate 85.

In 1701, Durham’s beauty was recorded by English explorer John Lawson, who referred to the area as “the flower of the Carolinas.” Though Lawson himself did not survive the Tuscarora War, the Scots, Irish, and English colonists who won settled on land granted to George Carteret by King Charles I. Before the American Revolution, settlers in what is now Durham were members of the Regulator movement. Loyalist militia cut Cornwallis Road through this area in 1771 to quell the rebellion. Later, a local shopkeeper and farmer William Johnston made Revolutionaries’ munitions, served in the Provincial Capital Congress in 1775, and helped underwrite Daniel Boone’s westward explorations.

By the 1800’s, Stagville Plantation, located in Durham County, was one of the most extensive plantation holdings in the South. Over 900 enslaved Africans provided labor on these farms and plantations, and slave quarters became the hearth of distinctively Southern cultural traditions involving crafts, social relations, life rituals, music, and dance. There were free African-Americans in the area as well, including several who fought in the Revolutionary War.

During the Civil War, troops who passed through Durham developed a taste for the unique flavor of the tobacco that was grown. As a result, Durham’s tobacco industry flourished. Durham is also known for the development and evolution of African-American enterprises. Historic Hayti emerged as one of the centers of the African-American middle class in North Carolina and the South. Durham is known as the “City of Medicine” and is an international center for scholarship, biotechnology, pharmaceuticals and high-tech research, and development. Overall, Durham is a superior blend of sophistication and small-town charm.

The City of Durham is a compact, 298 square-mile, single-city county with a population of over 228,000. Centrally located, Durham is approximately 250 miles from Washington and 390 miles from Atlanta. The prestigious Research Triangle Park (RTP), the world’s largest university-related research park is just minutes away from the School of Law. This region has the highest per capita population of Ph.Ds., scientists, and engineers in America. This impressive Nobel-Prize winning province is complemented by the scholarly preeminence of North Carolina Central and Duke Universities. Additionally, the NCCU School of Law’s proximity to Raleigh, the state capital, gives students ready access to federal and state courts.

There are two recreational lakes nearby, and virtually any sport can be found in either amateur or professional venues. The home of the Durham Bulls (Triple-A) minor league baseball team, the Durham Bulls Athletic Park (DBAP), is located in downtown Durham. Raleigh is home to the Carolina Hurricanes (NHL). The Charlotte Hornets (NBA) and the Carolina Panthers (NFL) both play in Charlotte, North Carolina, approximately 145 miles from Durham. The North Carolina Symphony and area museums provide year-round enjoyment. North Carolina beaches and mountains are within four hours; and golf can be played year-round either locally or at the world-famous Pinehurst resorts (location of the 1999 U.S. Open), which is within two hours.

Home of the nationally known American Dance Festival, as well as the state’s oldest street art celebration, Durham offers a lively world of art and culture without any of the usual compromises in the quality of life. We invite you to Durham and the Research Triangle Park area to see for yourself why national magazines have called Durham one of the best places to live and do business in the nation and the “#3 Most Enlightened City.”