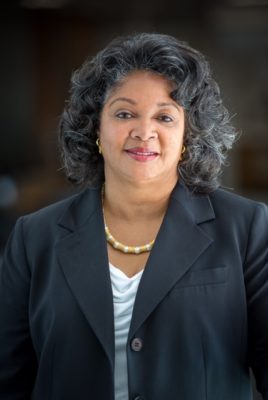 Craig-Taylor is the inaugural Good Works Coordinator for the American Bar Association Section of Litigation. She has held numerous other leadership positions with the ABA including Division Director and a member of the Civil Trial Practice Task Force. Currently, she serves as a member of the Heirs Property Retention Coalition and on the board of Land Loss Prevention, Inc. This following her service as the ABA Advisor to the Drafting Committee on Partition of Tenancy-in-Common Real Property Act for the Commissioners on Uniform State Laws (formerly National Conference of Commissioners of Uniform State Laws). She also was a member of the Judicial Partition of Tenancy in Common Property Study Commission for the North Carolina State Legislature. In addition to multiple community boards, Craig-Taylor is a member of the Women in Law Committee and the Minorities in the Profession Committee for the North Carolina State Bar Association. She chairs the Grants Committee for the North Carolina Chief Justice’s Commission on Professionalism.

Craig-Taylor was appointed by President Barack Obama to serve as a member of the President’s Board of Advisors on Historically Black Colleges and Universities.

Craig-Taylor has published numerous articles on land loss in the African-American community and discrimination in the application of laws for minority groups, including women. She is currently writing a book on the subject of land loss.

A graduate of the University of Alabama, where she completed both her undergraduate and law degrees, she later earned a Master of Laws degree at Columbia University. Craig-Taylor is a former partner of England & Bivens Attorneys at Law and served as a law clerk for the Alabama Supreme Court, after graduation.