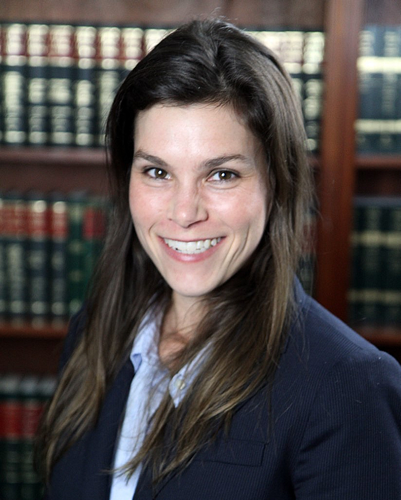 Meredith D. Hudson moved to Cary, North Carolina, in high school. She received her bachelor’s degree in Journalism and Mass Communication with a minor in Writing for the Screen and Stage from the University of North Carolina at Chapel Hill. In 2014, she graduated with honors from North Carolina Central University (NCCU) School of Law. While in law school, she was Notes & Comments Editor of the Biotechnology & Pharmaceutical Law Review, a Legal Writing Scholar, a Senior Writing Fellow, and participated in the Criminal Defense Clinic.

Before attending law school, Hudson interned at the animated TV show, King of the Hill, in Los Angeles, California. She also volunteered with the Special Olympics in Shanghai, China, teaching university students how to use film and video editing equipment. She was a subsidiary rights assistant at a publishing company in New York City, New York, and worked at an environmental news website in Atlanta, Georgia, before returning to North Carolina and attending law school.

Following law school, Hudson served in a variety of roles in the U.S. Army Judge Advocate General’s Corps, including providing legal assistance to soldiers, prosecuting felony and misdemeanor offenses, and advising on national security law and administrative law. She also deployed with XVIII Airborne Corps and Combined Joint Task Force – Operation Inherent Resolve, where she was a key member of the contract and fiscal law team that provided legal advice for fiscal operations against the Islamic State of Iraq and the Levant. In her spare time, Hudson enjoys reading, the outdoors, and spending time with family.