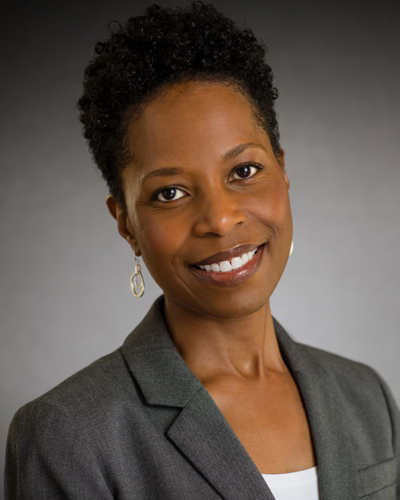 After law school, Professor Dawson joined the Civil Division of the U.S. Department of Justice through its Attorney General’s Honors Program. While at the Department of Justice, she argued cases before the United States Courts of Appeals for the Fifth, Seventh, and Ninth Circuits.

In 1996, she served as a law clerk to the Honorable Emmet G. Sullivan of the U.S. District Court for the District of Columbia. Following her clerkship, she worked as a litigation associate at a Washington, D.C. firm. While at the firm, she was also an adjunct legal writing professor at the George Washington University School of Law.

She relocated to North Carolina in 1999 to start a private law practice dedicated to the representation of employees in cases involving sexual harassment, discrimination, and other employment-related disputes. She joined NCCU School of Law as a full-time faculty member in 2006, where she currently teaches in the areas of Constitutional Law, Supreme Court Practice, Administrative Law, and Voting Rights. She has been voted Teacher of the Year by both the day and evening students.

In addition to researching and writing about the federal judiciary, Professor Dawson researches, writes, and speaks about legal pedagogy and the use of technology in legal education. Professor Dawson was the organizer of the AALS Section on Technology, Law and Legal Education inaugural 2019 Summer Webinar Series, and was also a presenter for two of the webinar sessions: Teaching with Technology for Maximum Student Engagement and Tech Productivity Tips for Law Faculty. Professor Dawson was a presenter at the ABA TECHSHOW 2020, where she served on two panels: Skills Building: Best Practices for Teaching Tech to Law Students and Tech Forward: New Jobs for New Lawyers.

Professor Dawson also co-hosts the Legal Eagle Review radio show, which airs every Sunday evening on WNCU 90.7 FM and is available on iTunes.