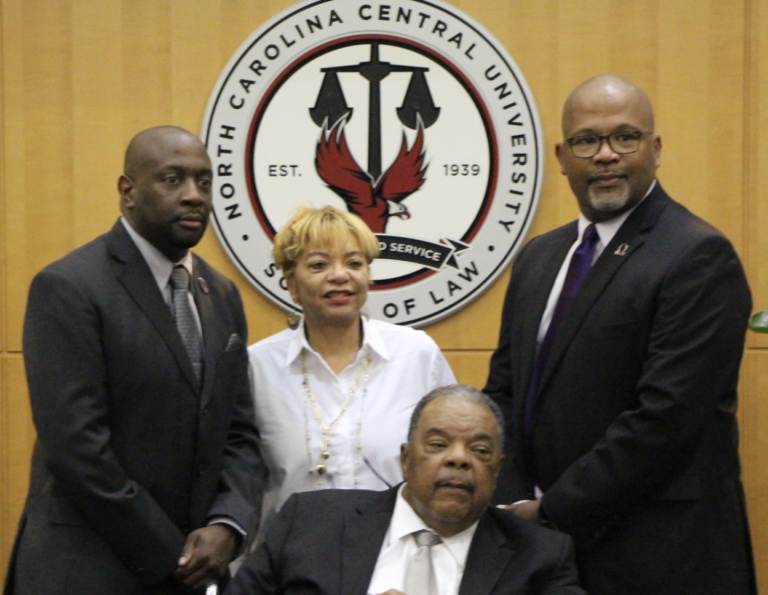 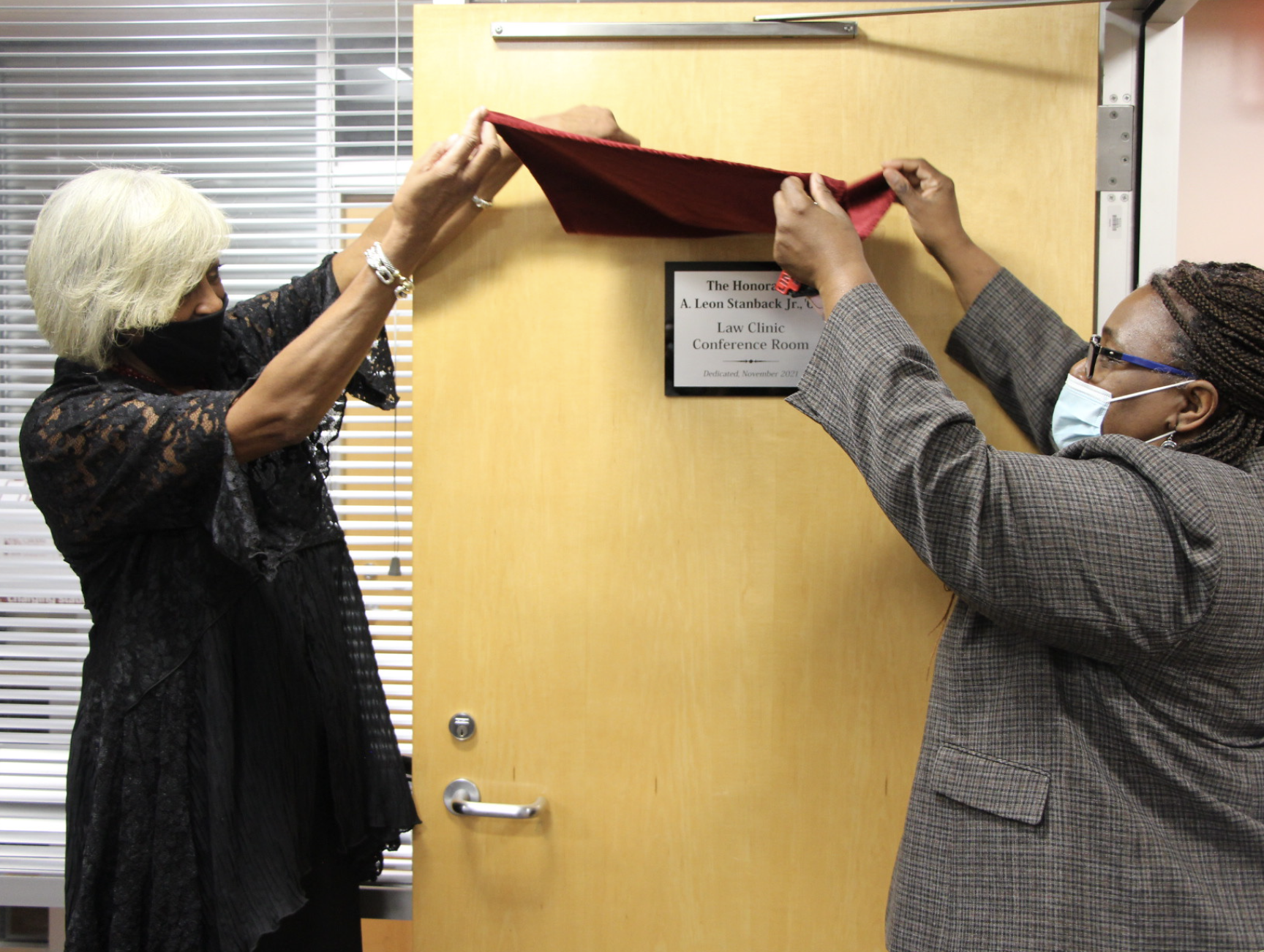 On Wednesday, November 10, the Law School held a dedication ceremony and naming of its Legal Clinic Conference Room in honor of Judge A. Leon Stanback, Jr.  Judge Stanback served as superior court judge for the 14th Judicial District of the Third Division of the Superior Court, in Durham County, North Carolina. He was appointed to the court in 1989 and retired in late 2009. “I am humbled and honored by this recognition and overflowing with love and gratitude for my entire family,” said Judge Stanback. “NC Central University has been at the center of my legal career since I began Law School in 1965. I am thrilled that the Legal Clinic Conference Room will stand as a beacon of inspiration for future law students.”

Following the event, Dean Browne C. Lewis and Michelle F. Stanback unveiled a plaque and portrait of Judge Stanback that hangs in the Clinic Conference Room.

Since 1968, Judge A. Leon Stanback, Jr. has served North Carolina and the Durham community with distinction as a prosecutor, parole commissioner, private practitioner and Superior Court Judge. An alumnus of NC Central University, he earned his Bachelor of Science degree in 1965 and Juris Doctorate in 1968 from NC Central University School of Law. After admission to the North Carolina Bar in 1968, Judge Stanback was hired as an associate attorney with Frye & Johnson Attorneys. One year later he became an Assistant District Attorney (ADA) for Guilford County.  In his role as an ADA, Judge Stanback prosecuted criminal cases and civil cases involving the Uniform Enforcement of Child Support Act in North Carolina. Over the next nine years, Judge Stanback was a partner in two law firms: Lee, High, Taylor, Dansby & Stanback Attorneys and Dansby & Stanback Attorneys.

Judge Stanback is married to Michelle F. Stanback and they have three daughters: Catherine, Kynita, and Portia, and a granddaughter, Victoria.

PrevPreviousNCCU’s Professor Dorothy Hairston Mitchell Appointed as Chair of the North Carolina Commission on Indigent Defense
NextDena J. King Is Sworn In As United States Attorney For The Western District Of North CarolinaNext