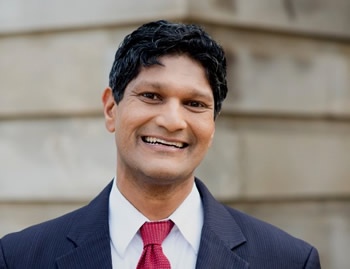 The North Carolina Senate recently announced its committees for 2021-2022, with state Sen. Jay Chaudhuri being named to a handful of posts.

In announcing the 20 committees, Senate Leader Phil Berger, a Republican, said in a news release last month that “the committee process is so vitally important to what the Legislature does on a daily basis. It’s where the bulk of our deliberation takes place and where compromise can be found.”

Among the committees the Indian American Democrat joins were the Base Budget, Education/Higher Education, Pensions, Rules, and the Appropriation.

“I want to thank our committee chairs for lending their expertise to their respective committees,” Berger adds. “I look forward to seeing all of the work our committees do to improve the lives of all North Carolinians.”

Chaudhuri joins a bipartisan group of 23 other elected officials from across the country. Fellows were chosen “from hundreds of nominees based on their reputations for intellect, commitment to civility, and potential for significant future impact on American public life.”

The Rodel Public Leadership program is a leadership development program for elected officials at the state and local levels.

Led by Aspen Institute vice president John Kroger, the program seeks to give state and local leaders from diverse backgrounds an opportunity to study historical figures, theories, and texts in order to deepen their understanding of American democratic principles and advance bipartisan dialogue.

Chaudhuri was general counsel to North Carolina Treasurer Janet Cowell before resigning to pursue a political career. He told India-West during his campaign (see India-West story here: http://bit.ly/1HwlxHF) that education is the overriding issue in his campaign. Other planks of his campaign platform included addressing “economic inequalities,” “the importance of an open and honest government” and economic growth, he amplified.

In addition to serving as general counsel and a policy adviser to Cowell, he was also North Carolina Attorney General Roy Cooper’s special counsel and legislative counsel when Cooper was state Senate Majority Leader.