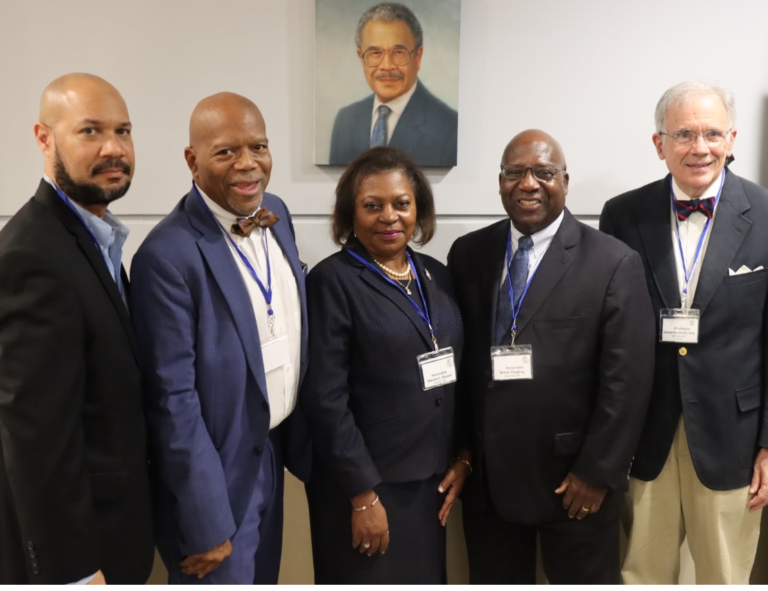 On Friday, November 11, a dinner honoring the late Harry Edward Groves, the Emeritus Henry Brandis Professor of Law at UNC was held at the Carolina Meadows Retirement Community in Chapel Hill.Groves served as Dean of NCCU Law School from 1976-1981. Residents honored Groves who championed the rights of seniors through legislation he helped pass in 1989 (Chapter 58, Article 64 of the N.C. General Statutes).The legislation protected the rights and investments of 23,000 residents in Continuing Care Retirement Communities (CCRC).

Discharged after World War II, Groves enrolled in summer school at the University of Chicago, preparing for a degree in educational administration. Unchallenged by his classes, Groves applied to the law school and earned a J.D. in 1949.