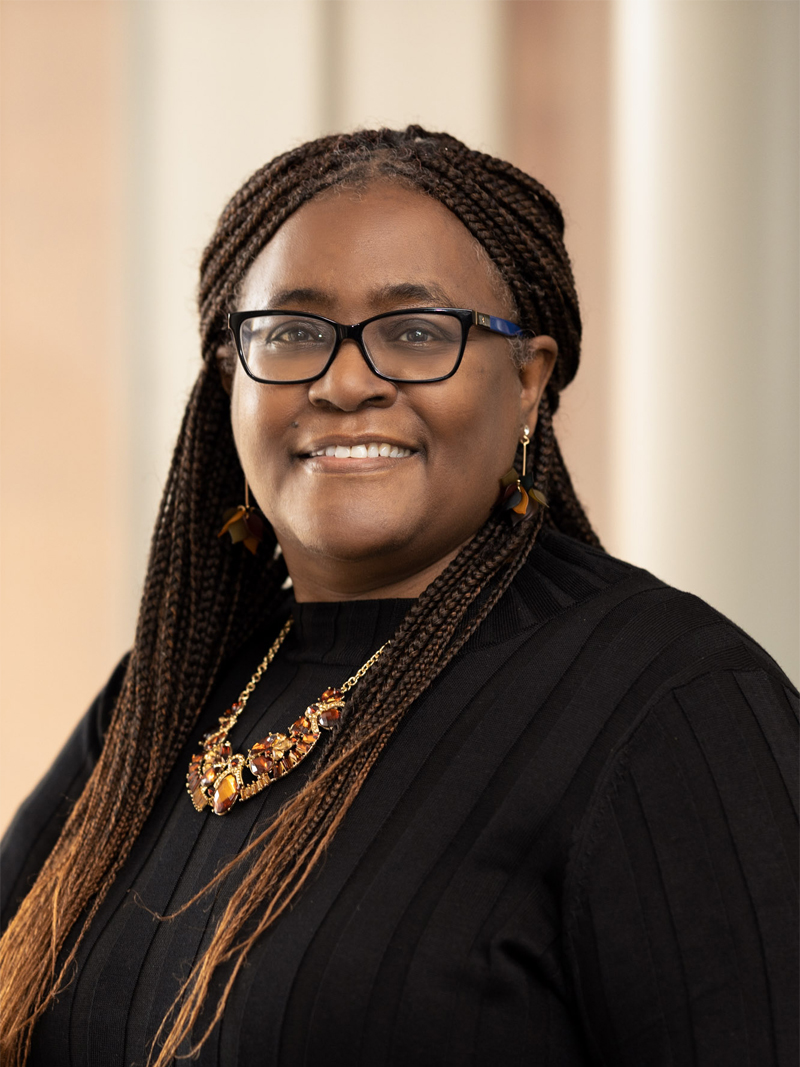 Dean Browne C. Lewis was born and raised in Natchez, Louisiana, Louisiana. She attended Grambling State University and graduated number one in her class. Prior to attending law school, she received summer fellowships to study at Carnegie-Mellon University, the Humphrey Institute at the University of Minnesota, and the John F. Kennedy School of Government at Harvard University. Dean Lewis started her professional career as a statistician and ADR trainer at the Conflict and Change Center in Minneapolis, Minnesota.

A prolific legal scholar, Dean Lewis researched in the areas of artificial intelligence, assisted reproductive technology, environmental racism, and inheritance law. Her scholarship has appeared in prominent law reviews. She is the author of two books, Papa’s Baby: Paternity and Artificial Insemination (New York University Press) and The Ethical and Legal Consequences of Posthumous Reproduction: Arrogance, Avarice and Anguish (Routledge Publishing). Her most recent book on death and dying is forthcoming from Edward Elgar Publishing Company. She is one of the editors and a contributing author of Feminist Judgments: Rewritten Trusts and Estates Opinions (forthcoming Cambridge University Press, 2020).

Dean Lewis joined Cleveland State University Cleveland-Marshall College of Law faculty in 2008 and left in July 2020 to become Dean of North Carolina Central University School of Law. In her time at CSU CM Law, Dean Lewis had a profound impact on the school and students. She was the Leon M. and Gloria Plevin Professor of Law and the founding director of the Law School’s Center for Health Law & Policy, spearheading an innovative approach that connected countless law student to the professional opportunities in health law.

Dean Lewis is a member of the American Law Institute and serves on the Board of the Center for Computer-Assisted Legal Instruction (CALI) and the Law School Admission Council (LSAC). She has received several prestigious national and international awards. Dean Lewis has been a visiting scholar at Yale University’s Interdisciplinary Center for Bioethics and The Hasting Center. While a visiting researcher at the Brocher Foundation in Geneva, Switzerland, Dean Lewis conducted research on physician-assisted suicide. As a Senior Fulbright Specialist, she lectured and conducted research at Haifa University and Hebrew University in Israel. Dean Lewis was a Core Fulbright Scholar at King’s College in the United Kingdom. After being one of only six law professors selected as a Robert Wood Johnson Public Health Law Scholar, she worked with the Cleveland Public Health Department to study the public health consequences of allowing minors to purchase small cigars.

Dean Lewis has made numerous national and international presentations. She has presented at the Columbia University Mailman School of Public Health and Harvard Law School. Dean Lewis has been a guest lecturer at the International Congress on Law and Mental Health in Rome, Italy and Prague, Czech Republic, the World Congress on Bioethics, Medical Ethics and Health Law in Jerusalem, Israel and Limassol, Cyprus, and the New Zealand Bioethics Conference in Dunedin, New Zealand. In 2016, she had the honor of delivering a Gresham College Lecture in Central London, England.